For several years I have looked at Chromebooks and absolutely steered everyone I know away from them.

Why? You might ask. Isn’t a Chromebook based on the Linux Kernel?

Yes, but I steered folks away for the simple reason that most users were unaware of the fact that if they did not have internet access, they were carrying a device that would be as useful as a brick on their lap!

However, in recent times I have noticed that there are more things you can do with Chromebooks, even if you have no internet access. Google gained some wisdom and realized you can’t sell consumers a device that is useless if there is no internet access.

At least that’s what I gather.

I know for a fact a consumer wants to use their device even if there is no internet access, maybe if, even just to create some word documents, or mess with images, or what have you. I know, because I am a consumer!

In that I use Mac’s, Linux PC’s, and even Windows 10, I thought I should try a Chromebook again. Maybe use it exclusively for a bit and see what the transition is like. See what I can and cannot do, on and off-network. Basically, I really want to know what happens if I go offline, can I still do any work? Can it support my day-to-day activities like Mac, Linux, or Windows can? 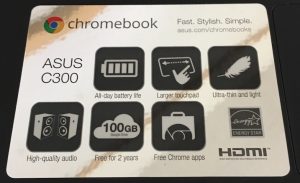 To start, I signed in with my Google account and started checking things out. At first, it was kind of nice, all of the storage space on the cloud, my documents, photos, and anything else I have will never get lost.

Then I thought, ok, let’s get some apps and start having fun and doing some work! I like using apps such as Spotify, Office applications, Image Editors, Video Editors, and Games. So off I went to find the apps I will use on a device and OS I have not used in several years. The first time I used Chrome OS it was really lacking in apps (as far as what I like to use), here is a run-down of what I found: 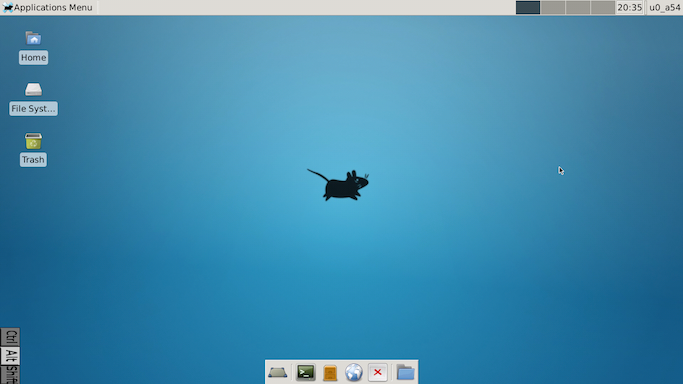 Not to mention when I install Gimp it also has Inkscape installed, two for one! But I have found that on this ASUS Chromebook performance is… ok. Not sure I would actually do any real image editing on this Chromebook or any Chromebook for that matter. Also, I didn’t use the RollApp version of Gimp.

While there were quite a few apps available that I use on Mac, Linux, and Windows most were mobile versions. The one issue I found is that using most of them is very limiting. Meaning I can’t work the same on a Chromebook as I do on a Mac or PC. That’s ok for some folks if they start out on a Chromebook, but if you don’t it takes some getting used to.

However, I still attempted to work and play on the Chromebook. Matter of fact, I created this article on the Chromebook, and one thing I noticed while typing in Microsoft Word is that as soon as the text went off screen I could not see what I was typing. No auto-scrolling here, I just had to guess that what I was typing was correct or manually scroll. No big deal I can scroll things on my own, but you just kind of expect things to work the same across different versions of Word no matter if they are on Mac, Windows, or a Chromebook!

Another issue I had with the hardware is no lit keyboard. I have become so accustomed to lit keyboards I just couldn’t get over the fact this Chromebook did not have one. Now, I know you can get a Chromebook with a lit keyboard but in truth, I would not pay more than $300 for a Chromebook. Mainly because I don’t feel like a Chromebook is worth the money. However, Google has come a long way with making Chrome OS work better than I originally remember.

An issue I came across while working on this Chromebook was when I ran several apps at the same time, eventually, I received the following error from Spotify:

Not sure why it stopped, perhaps it didn’t have enough resources.

My next test was to see what I could do if I went offline. So, I turned off my wifi access point, I wanted to simulate no internet access, not just disabling the Wifi on the Chromebook.

For one, I was able to continue writing this article in Word, this was a plus. I then launched Outlook and could save a draft of an email, another plus. This would allow me to reply to emails offline (if the need arose) and then have those emails sent as soon as I went online.

I could in addition play the following games I had installed, Entanglement and Candy Crush. Since I didn’t and could not install my favorite games like Gears of War or The Division, I settled for something simpler. And even though I was offline, those two worked. My assumption is any game that does not require an internet connection will work and allow you to play it much like any OS. However, I don’t see a Chromebook as a real gaming machine, not by any stretch!

In addition, I could save files created in the Text application, and could still edit images in Gimp. Although this version of Gimp was very difficult to get images into the Gimp environment. As it only saw the Linux Filesystem and not the Chromebook Filesystem. Becuase this is a basically a Linux VM, the two FileSystems were not reachable from either environment. I expected not to see the Linux VM Filesystem, but at the very least from within the Gimp Environment access the Chromebook Filesystem. 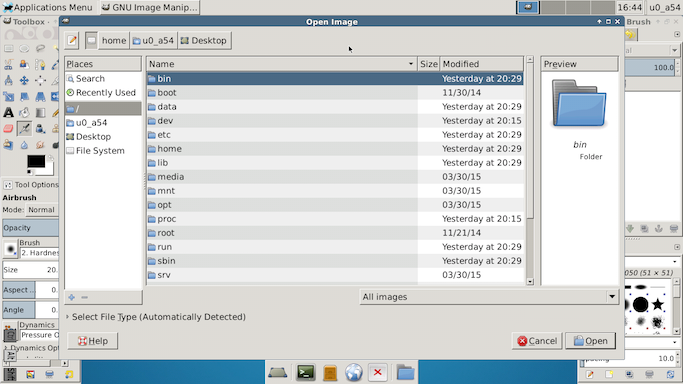 I did attempt to run the Terminal to see if I could add tools or apps to the environment, but that did not work so well: 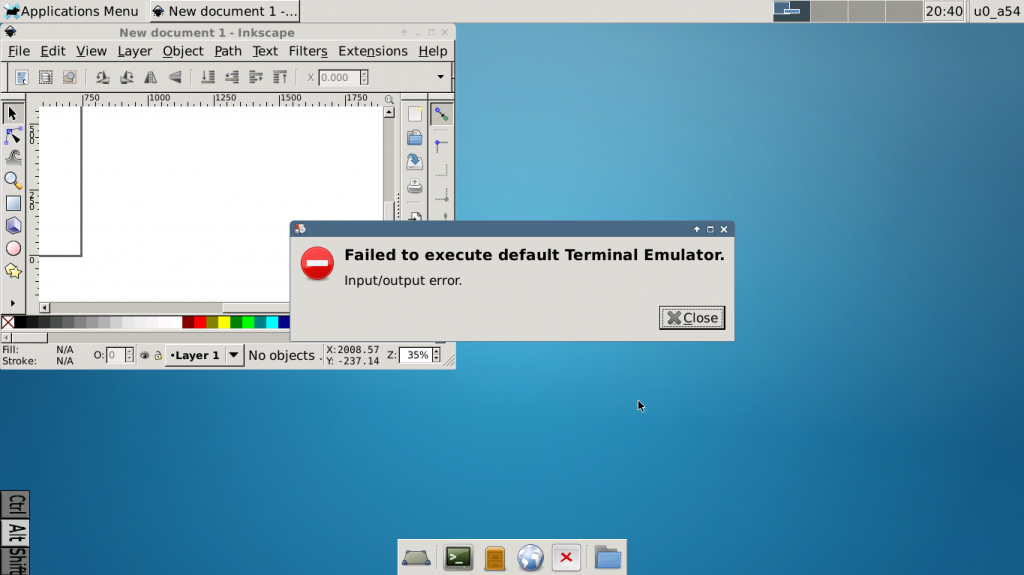 After using the Chromebook for only a week, I have decided to put it down. I need to get some real work done. Now, don’t get me wrong, many users will be able to get real work done on a Chromebook, but this just doesn’t work for me.

Also, I found that using a Chromebook opens me up to a major security flaw, and that is Google has access to my files and my information! While, many folks out there will argue that Chromebooks are more secure than Windows, or Mac, the truth is the user base for Chromebooks is a small percentage of internet users (at the moment).

While, I may not need antivirus (Which by the way I don’t use on Mac, Linux, or even Windows (Other than Defender on Windows 10) on the Chromebook, the fact that Google has access to my information is a security flaw I cannot overlook! It’s the reason why I use ownCloud and not Dropbox or Google Drive for my files.

In any case, that’s a whole other article.

As far as Chromebooks go, if you are OK with the security flaw, Chromebooks can really save you some money while providing a very useful and productive laptop experience. A very nice alternative to Mac, Linux, or Windows 10.